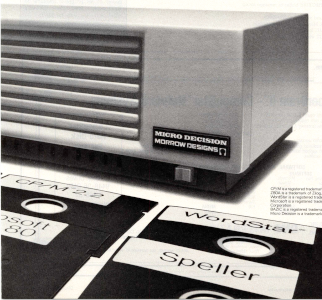 gmd128 is a Z80 Computer emulator for linux/unix systems. The Morrow MD series were Z80 Computers which were released during the 1980s. They had large (for the era) hard drives which could be 'partitioned' into one or more drives. Generally they had two drive partitions on a single hard drive. Those early Morrow hard disks were huge finicky 8-inch and 14-inch monsters which could only hold 26 megabytes, but they later progressed to the sturdier and more compact hard drives of 11, 16, and higher megabytes as the prices of the 5-inch hard drives fell. The names of the Morrow MDxx Series computers were derived from the size of the hard drive used. There was never any such thing as a Morrow MD128 in real life, but I have used that naming system to signify that this emulator can access 128 megabytes of data storage.

gmd128 will run much of the software written for the Morrow MD series computers. It can be booted, if necessary, from an 8-inch floppy image. However, doing that will restrict the maximum storage capabilities of the emulator. gmd128 is usually booted directly from a hard drive image of 32 megabytes. That hard drive contains four 8-megabyte CP/M disk drives.

I find this emulator is my preference when doing any 8-bit CP/M development as the disk drives are 8 megabytes each and that can hold a lot of source code. Also having sixteen of the drives means that a whole drive can be allocated to any one individual project 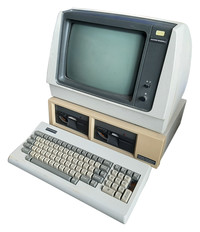